Hello friends, I’m here again, two weeks in a row! How could anyone top that level of consistency?

Writing something like this that’s fun and frivolous is somewhat like lubricating a machine, making it easier to get rolling on some other things I’ve been wanting to write, so I should even have a few things to post while in France for the upcoming World Magic Cup, which is nice.

But for now, I’ve got some things to rank, like miser Modern cards and Soul Calibur characters, and rank them I shall!

Cards To Mise Your Opponent With In Modern

What does this mean? I’m talking spicy one-ofs you could ‘arguably’ put in your deck or sideboard to just *get* your opponent real good. Perhaps not recommended for wide open fields, but if you happen to know what’s popular in your local store…

5: Maindeck Leyline of Sanctity (preferably be able to cast it, but if not…)

Occasionally seen in the Hexproof deck, maindeck Leyline is such a massive beating when unexpected. Sure, it’s embarrassing against things like Elves, but maybe you have a store filled with Burn and midrange Thoughtseize decks.

Much more entertaining however, if you’re just annoyed at say, losing to a Mill deck or similar 4 weeks in a row. This’ll show them who the boss is!

Anathemancer used to be awesome back when no one played any basic land at all, and there were lots of midrange/control decks. Now, in Modern, this isn’t the case all that often.

But some regions just LOVE playing Grixis/Jeskai control decks and the like, and it puts in a serviceable shift against most decks as long as you’re at least somewhat capable of otherwise dealing damage. Feels pretty nice to use it to smash an Elspeth, you know?

I’ve played NoSB maindeck in Extended (when that used to be a thing), and Curse in Modern sideboards relatively recently. (you play Curse if you have your own creatures, naturally)

Some decks just turn into complete garbage when all their creatures are 1 toughness smaller within a reasonable time frame. Do lots of people in your area like decks with mana creatures? Affinity? Infect in 2017? Delver/Pyromancer decks? Jam one of these. You won’t regret it.

2: Wild Ricochet (in anything)

It’s been a long time since I’ve seen someone get gotten IRL with Wild Ricochet, 4 mana situational instants have it rough. But Ricochet on a decent target is such a great feeling, such a massive beating, everyone should try it at least once.

It’s like a super-Deflecting Palm against Burn. A solid beating against mid-game Thoughtseize. Hilarious against Ancestral Visions.

But the best is, of course, against the Time Warp deck. Especially if you’re on say, Burn and give them no reason to have Gigadrowse in their deck, you know?

When you take the next 3 turns in a row just right.

1: Shadow of Doubt (also in anything)

Wild Ricochet got a high spot because of the magnitude of beatings it can apply. Shadow gets bonus points for being the most actually playable card while still delivering incredible beatings. It’s cheap, relatively easy to cast, draws you a card so it’s never totally dead, and it is very easy to just prevent a fetchland from functioning.

It’s sometimes difficult to justify in a deck, since unless you’re playing one of my tier 7 ham sandwich decks it’s never integral to a deck, just reasonable disruption. However, I like it a lot right now due to how commonly played Expedition Map is, Scapeshift, and Gifts Ungiven. You even get to Snapcaster it back to fully demoralise the opponent!

Also, people sometimes are worried about Spreading Seas, and keep fetchlands in play longer than they need to, playing into this card EVEN MORE. 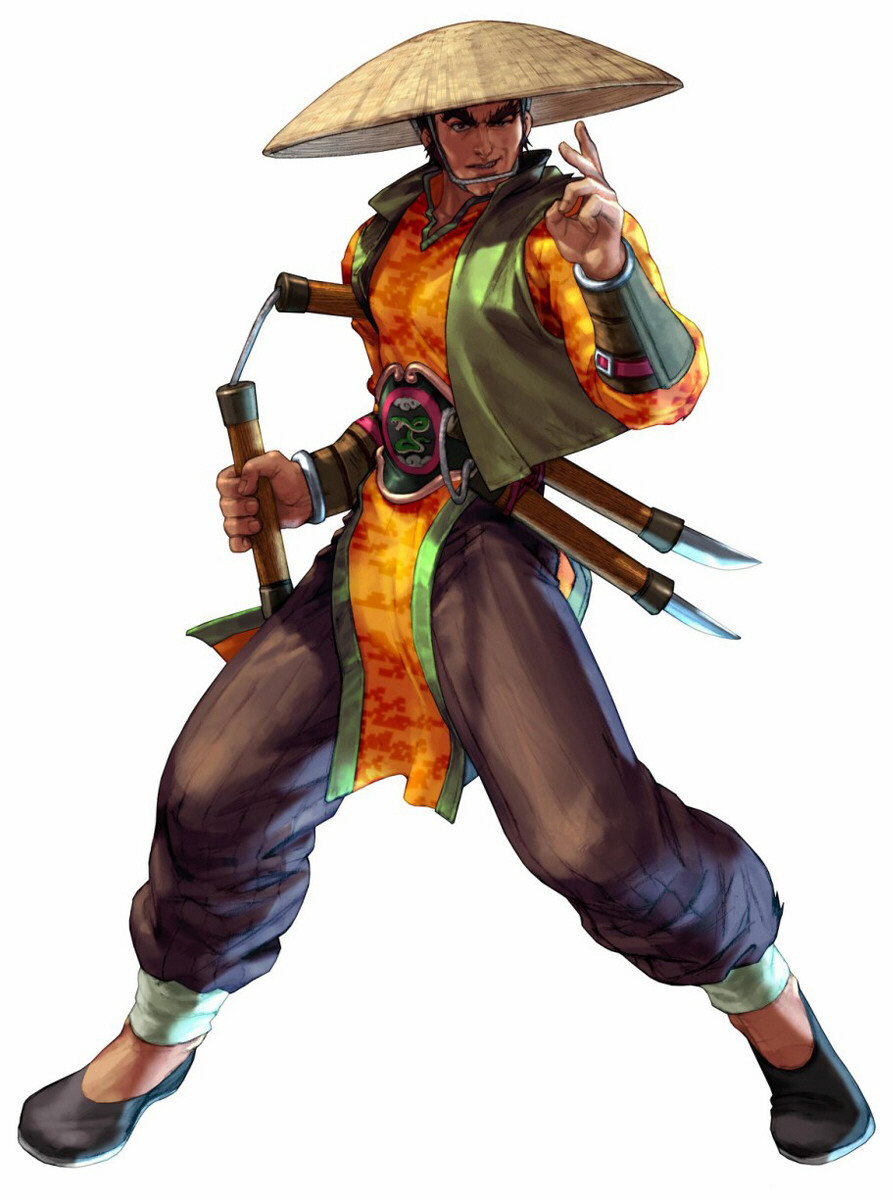 Li Long didn’t make many appearances, mostly being in the precursor game Soul Blade. However, Nunchaku (or nunchucks) are always cool and Maxi is a terrible character. 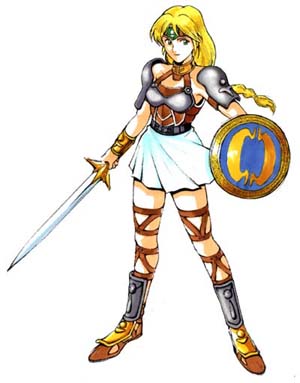 As an aside, wow I like this original version of Sophitia more than the increasingly-more-fanservce-over-time thing they’ve been doing.

Sophitia was rad. The sword and shield style made for a fun character, and answering the call of Hephaestus provided a noble motivation that wasn’t just ‘I’m a strong sword guy, I want the sword.’

Which naturally, made her reluctant to hurt people on principle, increasing the hilarity of her yelling “I’m sorry!” while utilising her iconic knee to the groin. Always a crowd pleaser. 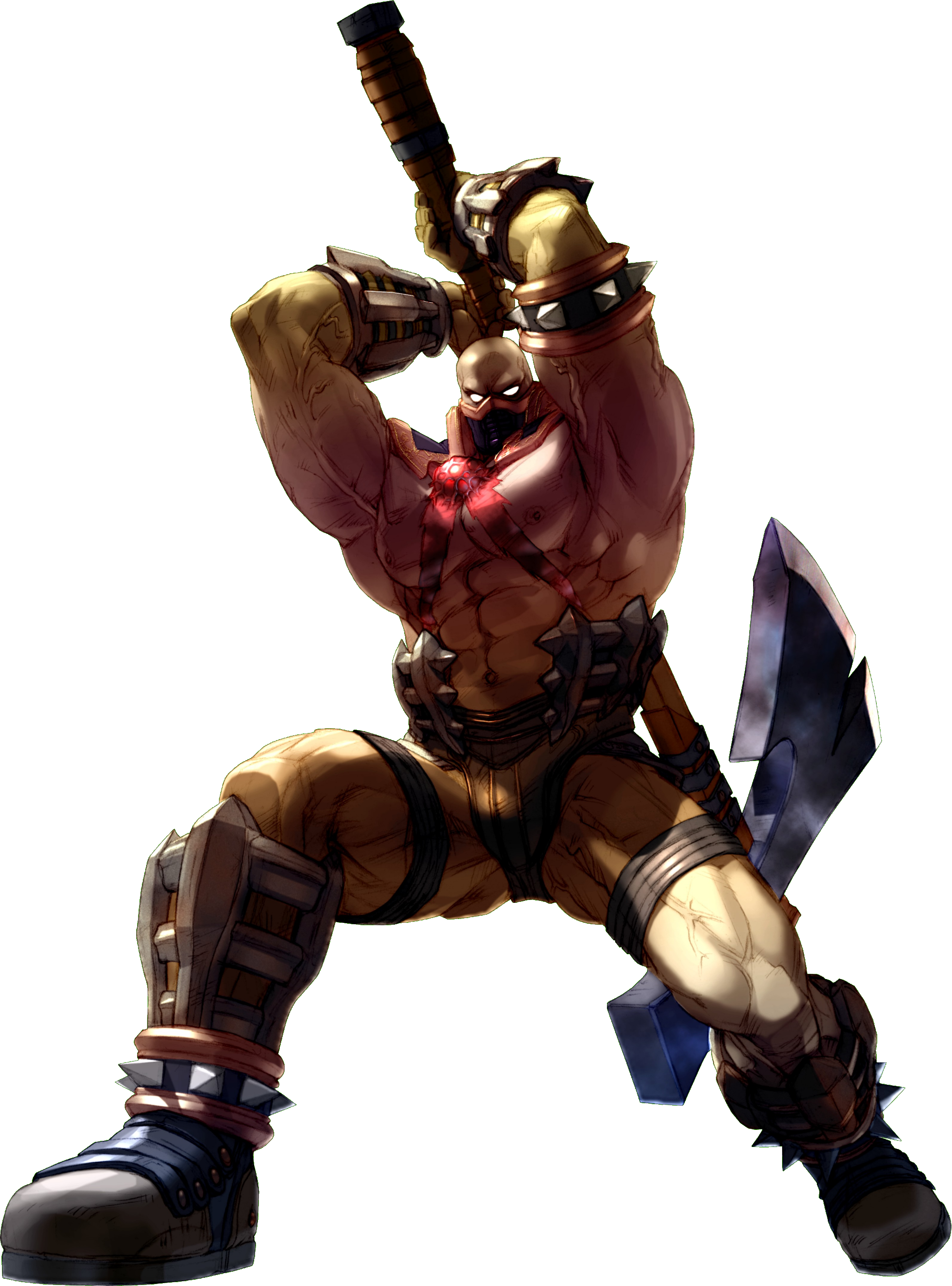 Astaroth is basically my favourite character, since I always love the giant lumbering brute characters with long range. He also looks imposing, had a great voice actor, and fun to play.

There is stuff going on in the back story, but he is a bit one dimensional in the ‘kill everyone’ sort of way, but that’s fine sometimes. 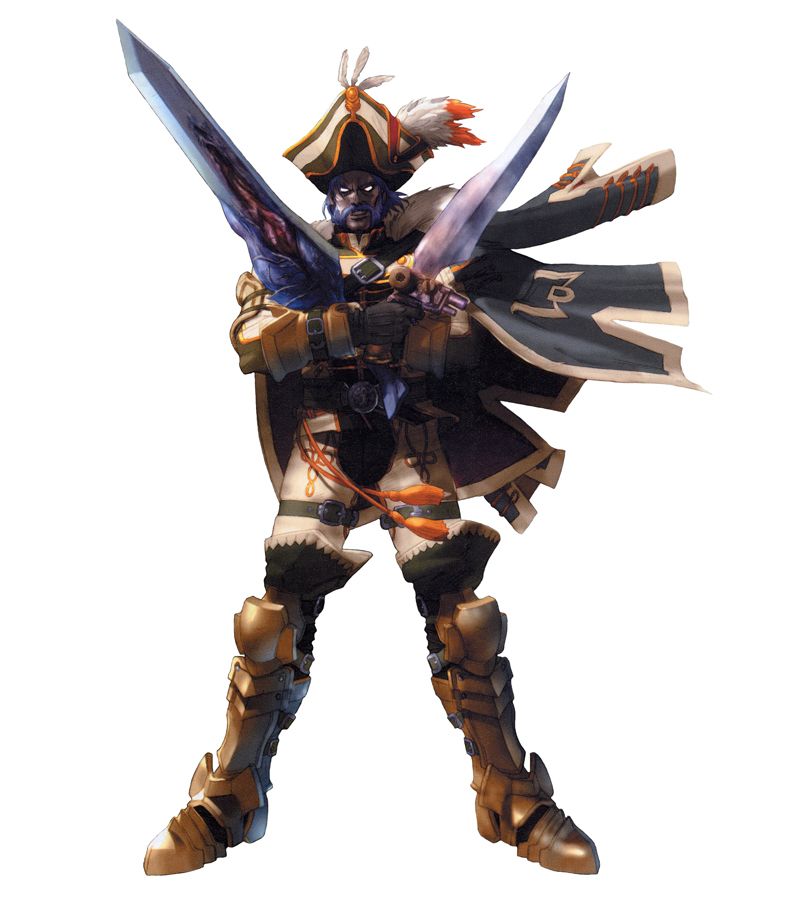 Cervantes is an iconic character for the series. He’s been in every game, and instantly recognisable as a fearsome fighter. An undead pirate wielding swords of terrible power is cool, his fighting style has barely changed since they nailed it so well the first time, and the voice actor they had for him early on made him sound like a properly unstable lunatic. Fantastic. 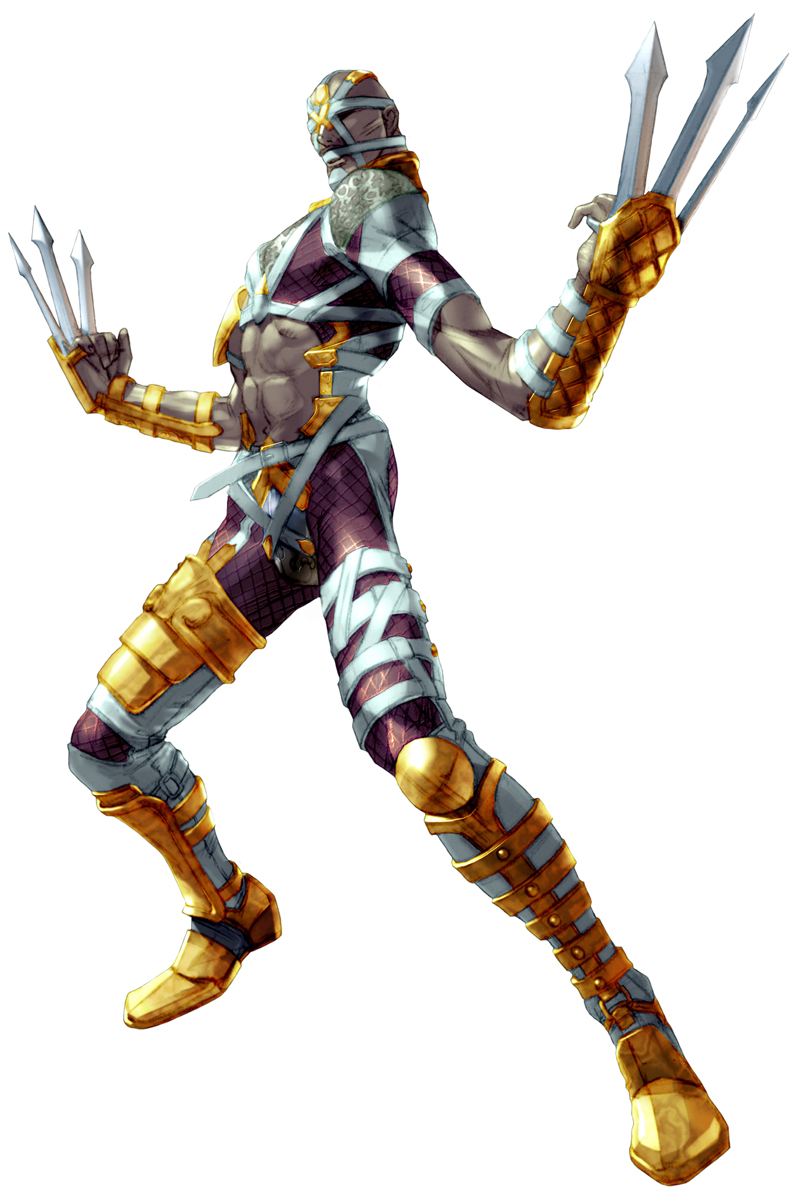 You might be thinking, what the hell is that? If you’ve played the games, you’ll know that he moves and fights more bizarrely than he looks. Considering that he’s blind, mute, clad in overt S&M-styled gear, a pensioner at this stage in the series, and is devoted to a long-dead master who may or may not be actually spiritually haunting him, that’s pretty weird.

The thing is though, he plays differently from everyone else, is even more iconic than Cervantes, and characters have since appeared in other games to be the ‘incredibly strange, not quite human’ guy to fill the role of ‘Voldo clone’. A more rare archetype than say, the Ryu clone, but he spawned a niche.

A game just wouldn’t be an entry in the Soul series without him.

There’s a certain appeal to things that just look cheap. Oh boy, if you want to make someone feel extra bad about dying to Lava Axe, a white-bordered one with this uninspiring art will do it. At least it has the good flavour text.

This one looks amazing, but I’m not really keen on this flavour text.

I love how Portal cards look, and it has a unique piece of flavour text (the other Lava Axes share) which provides a fun mental image.

Absolutely love this flavour text, massive plus points for that alone.

Classic art, classic frame, elegant flavour text. I like it slightly better than the Beatdown Box version which is essentially identical except for the set symbol.

Magic has lots of classic little things people do to try and mislead an opponent. There are so, so many, but here are my favourites. Not ranked in order of effectiveness or anything, but how much I enjoy seeing people attempt them. You’ll see what I mean.

5: Turning your card to the side when it’s not a split card

This one only works when there are split cards like Turn/Burn or Wax/Wane being played.

Yes, that’s two cards in one, and it’s such a huge giveaway when people instinctively tilt the card they just drew. Also when people are visibly trying not to do so to read the card.

But the best? People drawing a land for the turn, and turning it on the side in order to ‘read’ it like one of the split cards. Delicious.

This one isn’t always on purpose, but I love it when people deliberately try to get people this way. I mean, it’s fun, who hasn’t thought themselves a mastermind for having misleading tokens or emblems within view!

But when it’s executed obviously, it’s hilarious. Happened to me at Worlds 2008. Guy sits down, ‘accidentally’ puts some Faerie tokens face up on the table. Then ‘realises’ his error and tries to turn them upside down. Obviously, I knew he wasn’t playing Faeries, and lo and behold, he was on mono-white.

3: The ‘agonising over a block’ dance

You know the one. Most visibly obvious on Magic Online, where a player assigns something to block, then un-assigns, then reassigns, over and over, trying to make it look like either they aren’t totally safe in blocking, or that they care about a creature you know 100% they are going to trade with happily.

I just can’t get enough of this gambit. Similar to the misleading tokens gambit, but WAY more obvious. Turning up with a red box, red sleeves, flame-covered playmat, a t-shirt with the red mana symbol on it, only to reveal your devastating surprise of not playing a red deck at all! Oh, the humanity! 10/10, would lead to large amounts of actual humans feeling betrayed.

It works every time! You can’t fault the pen trick for being effective when it’s so simple, everyone knows, and yet they just can’t help themselves but fall for it. Even if they don’t look at you at all, you can claim you tricked them right in the subconscious!

If you don’t know, it’s like, your opponent is unsure if you’re going to block or not. They’re thinking about it, and you pick up your pen, as though you’re expecting to change your life total (hence, not block). Right on cue, people usually end up attacking, and you can snap off the block you wanted or you get to attack them next turn.

Even when it doesn’t do anything, and they attack you regardless of your pen because they ought to, you can still *feel* like you tricked them, and that’s the main thing.

That’s another several topics down. How fun! Remember to send more topics that spring to mind as possibly entertaining and/or interesting. Next week I’ll be in Lyon, so hopefully that’ll all go swimmingly.