Hello blog page. It’s been a while.

Note: This is mostly a personal post, and not particularly cheery.

There have been quite a few things worth writing about over the last few months. I watched a bunch of interesting movies. I played in the World Magic Cup. One of my closest friends got married. I visited some scenic spots during walks. There were some momentous world events. All things that normally, I’d at least consider writing about.

However, I didn’t feel like writing. I didn’t have motivation to write, since my number one reader is no longer here. On the 8th of December, 2016, I lost my beloved partner in crime, Iulia-Ioana Zaharia to medical complications following a botched medical exam.

I’m not going to write about those circumstances today. Suffice to say that it was not expected. When I left for the Team Grand Prix and World Magic Cup she was fine. Bad things befell her and hospitalised her during the latter event.

So, it was sudden. A fact I was reminded of every time I tried to come here and write something about the whole thing. Under construction, a blog post draft about our last activity weekend together. It was a trip where we volunteered to go plant trees. As it happened, that day we managed to miss (by around 5 minutes) a horrific car pile up resulting in several fatalities on a foggy motorway.

I’d wrote about how lucky we were to have avoided terrible tragedy.

So every time I opened ‘My Site’ here, I closed it again. I can’t look at it. But I still can’t bring myself to delete the draft either. Or the draft about our camping trip to a music festival, for example. 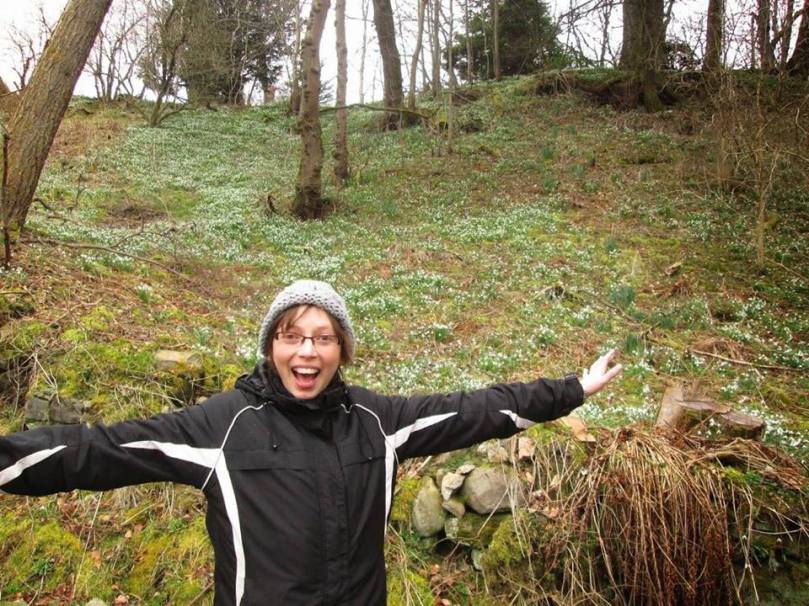 This is a common theme to how I’m ‘coping’ with events. Pushing things just out of sight, but keeping them close enough to act as a regular reminder. In my bedroom, just as I come in the door, is her favourite framed picture she had featuring herself and her friends. It features Julie on a day out with two of her close buddies, and was always on display when we lived in Aberdeen and Bucharest. The frame was always back-to-front. I won’t fix it. The frame is currently tilted so it isn’t *directly* facing the door, and it is slightly obscured by random objects. I don’t clear them away. I know the picture is there, but I don’t see the whole thing, if that makes sense.

It’s difficult to stay on topic here, as you might expect. Nothing can prepare a person for something like this. This isn’t a post about how great she was. I can’t do her justice right now. I’ve started and stopped writing one of those so many times. I’ll get there eventually, just trust me, she was awesome.

Instead I’m just writing about how I’m feeling. I’m trying to put into words what I’ve lost, how it feels. It’s been recommended that I do that, yet even now in my heart it feels almost selfish to complain. After all, I’m still here. I’m not the only one that suffered, it’s terrible for all her friends too. But especially her parents, bloody hell, what can anyone ever say?

I think it is fair to say that she was my best friend. For two people that could at times be introverted in social settings, we never tired of spending time together on a regular basis. Nor on holidays where there’s really no escape from the other person, 24 hours a day. It’s funny how often people end up arguing over holidays, Christmas, etc.

Whether it was camping, hill walking, marathoning a TV series or playing silly games, life was just made better every day by her just existing. Also importantly, we could “be alone together” as they say, being in the same room, doing our own thing, happy to remain in each other’s presence.

For someone that has a habit of making friends that live hundreds of miles away from me, being able to be with her was such a massive life upgrade, now almost everything feels melancholy. Going for a walk, watching a film, playing a video game, watching an anime, going to the gym, eating, innumerable things I would previously love to do with her have lost their joy.

I don’t think it is presumptuous of me to say that I lost a would’ve-been-lifelong romantic partner. We never quite got around to the ‘on one knee’ proposal thing, but I was going to marry that woman. After what we thought was just going to end up as a ‘big scare’ at the hospital, we even talked about doing it real soon. She was probably going to have to spend months recovering from various surgeries, but we were reminded that you never know when time can be cut short. They do tend to say ‘in sickness and in health’ in these ceremonies after all. Getting the sickness part out of the way would help us appreciate the subsequent health parts even more than we already did.

As my partner, she brought out the best in me. I make no excuses that sometimes I’ve been pretty worthless when it comes to being a functioning human. She made me *want* to better myself. I know people say, “oh, you need to love yourself first”, but sometimes I can’t do that, damn it. She motivated me to eat better, to be more productive, to do more good, to take more care of myself, to attempt to be the wonderful guy that she deserved and somehow believed I could be.

Taking her away, well, she was the driving force of my life. Everything was working towards our life together. It sounds overly dramatic to say that she was my reason for living, or purpose in life, but it was true. Now before you get worried, I don’t mean that without her, I have reason to die. I just mean that for the last couple of years, my life’s trajectory has been inseparably linked to her. I am now left without a goal. We had plans, but now I don’t.

“What will you do now?” people ask me, and the honest answer is “I don’t care.” I am at best forcing myself to take actions because I know, logically, that I should. I have started going to the gym again because I am aware the consequences of constantly lying in bed, staring at the ceiling are negative. I am going to the job centre, applying for jobs because I am aware that I at least need to be in the system if I want to avoid ending up penniless on the street.

I guess that could be condensed into logically accepting that I will move/am moving on. That, at some point, I will care about being in better shape, and having money, and having something to do with myself. I’m not going to feel this apathetic forever. And that’s probably the silver lining to currently not having a ‘reason to exist’, if that makes sense. At some point, in a future I can’t imagine right now, I’ll appreciate I did things. 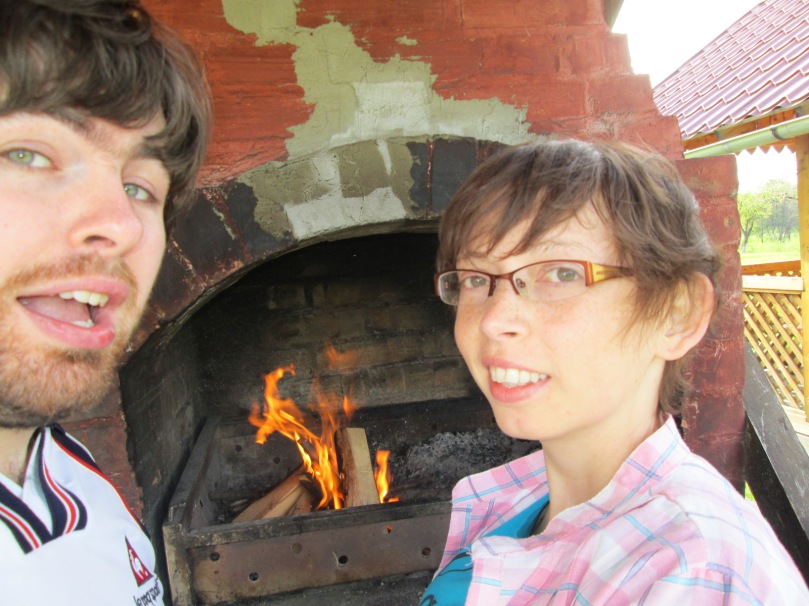 Next – certainly a step down in heaviness but still pretty miserable – I also lost my home. Yes, I thankfully have a house to flee to back in Scotland, back with my parents. But in the short time we had together in Bucharest, that became *our* home. Distinct from some temporary flat lease, it was all ours. As much as the city of Bucharest itself was a mixed bag, I *liked* living in that house. Slowly but surely, I had started making Magic videos and articles, I had found two jobs, due to start the week after returning from the World Magic Cup. It really felt like we had established ‘home sweet home’.

Now, not that I’m not grateful I have my old room to stay in, but I feel strange there. Logistically I can’t make the videos I enjoyed doing there. I can’t customise anything about the place. I don’t have any particular prospects there. I no longer have savings after setting up the house. I feel like I stepped out of a time vortex, where everything has moved past me.

But these are all transient or material things right? Homes, possessions, money, hobbies and interests can all be replaced over time. But it still stings, since I’d finally gotten into a place in my life where I basically had more or less everything I could need. I was genuinely, unconditionally, happy with the life and scenario we’d engineered for ourselves. 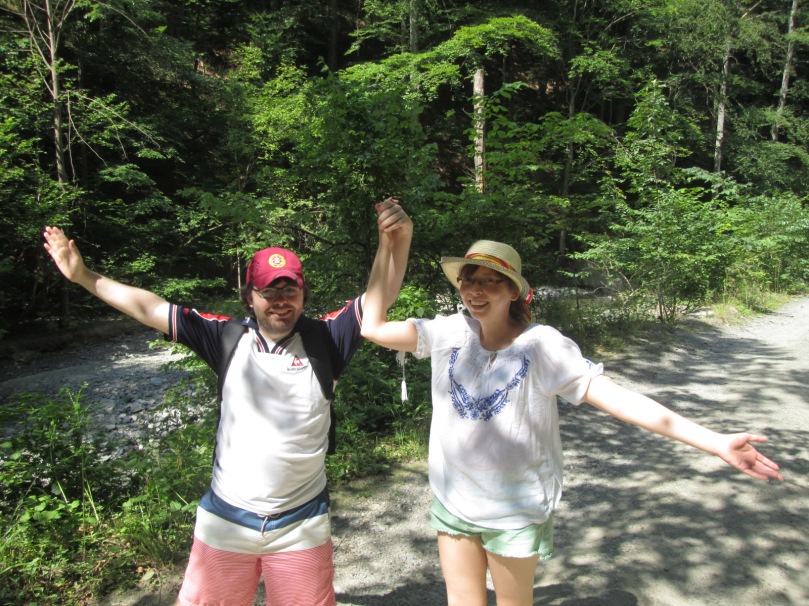 I’m already fighting my impulse to hold down the backspace button. The feeling that I’m being self indulgent, whining “But what about meeeee” when she doesn’t get to live. Yes, I know, people that tell me you can’t compare things like this to other hardships, but it’s automatic.

You can see the internal conflict I have here. On the one hand I feel guilty for wanting to complain. On the other hand, I want to shout profanities about losing my partner, my best friend, my home and more all in one fell swoop.

I don’t think I’m coping atrociously. I appreciate the people that periodically check in with me to make sure I’m still alive. I appreciate all the “if there’s anything I can do” offers, even if mostly the things I need are things I can’t really ask of anyone.

I suppose writing about how I’m feeling at the moment is a good sign, since I previously couldn’t.

In the future, I would like to write about her, about the things other people didn’t see, the little details that made her wonderful to me. But I still can’t quite manage that. I reflexively tab away and open Youtube, or turn on a console, like a puppy running and hiding under a blanket for comfort. To keep me from remembering all these bittersweet things.

This is all I can do today. There’s not really an end to my thoughts on this, so here is as good a spot as any, for the time being. She always liked it when I wrote things. I’ll try real hard to do so more often in the future, just as another regular thing in my life. See you all later, friends. Thank you for listening.